Based on the European Commission regulation, the Danish Veterinary and Food Administration claimed that sales of all bamboo melamine should be stopped as of October 2020.

Bamboo melamine is a mix of materials where bamboo is used as an additive in plastic. So far, bamboo has not been categorized by EFSA, the European Food Safety Authority, but has now been defined as a plant species, rather than wood or grass. As plant species are not approved as additives in plastic for food use, the Commission has officially declared that bamboo melamine is illegal.

The amounts of harmful substances released when using bamboo melamine under specific conditions, such as hot foods, could potentially be higher than allowed. The Danish Veterinary and Food Administration has not determined that this constitutes a health risk, which is why the material is not recalled, but if they change their stance, we will adjust accordingly.

We are always in close dialogue with the authorities and follow their recommendations and requirements - with bamboo melamine as well.

All bamboo melamine has been tested in relation to EU Regulation No. 10/2011 and its amendments, and hence Article 3 of European Regulation no. 1935/2004 at SGS - which tests that the limit values ​​for migration of plastics, heavy metals, formaldehyde & melamine are below the permitted values. 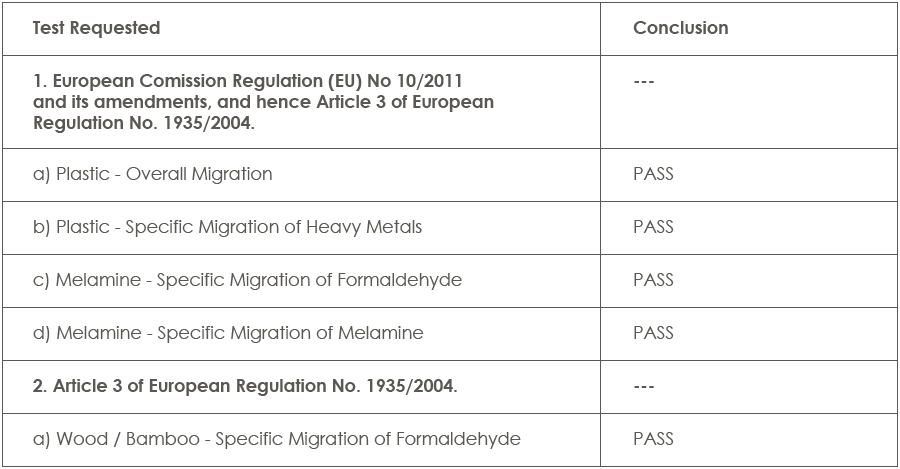 The Danish authorities have been notified in advance of all imports of bamboo melamine.

Our sale of bamboo melamine has been brought to a stop. Fortunately, we have several more beautiful tableware series to spread joy on your dining table.

Explore all the beautiful tableware series